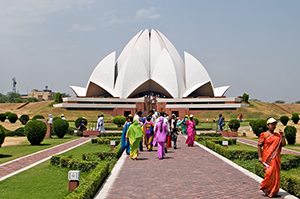 One religious group to originate in the past two centuries that has not received enough attention from evangelical Christians is the Baha'i World Faith.1 Baha'is believe that all of the world's major religions are progressive revelations from God, each designed for its particular historical era. The Baha'i religion teaches that Krishna, Zoroaster, Moses, Buddha, Confucius, Jesus, Muhammad, and the Bab (the Persian founder of a nineteenth-century religious movement which laid the foundation for Baha'ism) were all prophets or manifestations of God for their time.2 However, Baha'u'llah, the founder of the Baha'i religion, the successor of the Bab, and the most recent manifestation, is the one who should now be revered and obeyed.