The Nation Of Islam 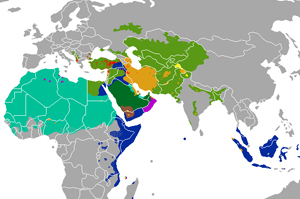 The official membership of the Nation of Islam has been estimated to be between 19,000 and 30,000. Others have said they have 60,000 across America. Whatever the case, they have far more influence than their numbers would indicate, as the Million Man March demonstrated.

The Nation of Islam represents a serious threat to the Christian community. The growing presence of the Nation of Islam and their attacks on essential Christian doctrines make it difficult to continue ignoring them. The black church must awake to the challenge. There have been two problems the black church has faced in rising to this challenge: (1) the lack of evangelism in fulfilling its role to the community and (2) the lack of biblical discipleship for church members.