ANOTHER book? and that an autobiography? An Arabic scholar recently died in Cairo who was a poet, grammarian, and editor, and who painted his own trait by looking in a mirror.
Through the importunity of many friends, some of them my children, and some in official position, I was persuaded to undertake take a sketch of my life and times, especially my now fifty years of missionary service, and thus paint my own portrait. In an unthinking moment I consented, and during the past four years I have had to live over my whole life of seventy-seven years and my Syrian life of fifty-three years, until I am tired my story and myself. A man true to himself can get little comfort from unrolling the musty scroll of seventy-seven years in order to find out what he has been seeing, thinking, and all this time.
My autobiography is one thing; the history of the Syria mission is quite another, To weave the two into one tends to magnify the one and to minify the other, I have become weary of seeing and writing "I."
Having kept a pocket diary since 1855, and having copied all important letters in my letter copy-books of which I have volumes of 500 pages, each, the tax on my memory has not been so severe as on that man about whom our good Mr. Calhoun used to tell. A bachelor storekeeper, who wrote out all counts on the painted doors and window casements of his house, married a tidy woman who soon put his house in order. One day he came home, looked around him, and in dismay exclaimed "Wife, you have ruined me!" "Why?" she inquired. "Cause all my accounts were written on these doors and you have washed them off." After a moment she asked, "Don't you think you can recall them?" He replied, "I'll try." After a few days she asked him, "How have you succeeded?" He replied, "Fairly well; I have not got so much written but it is charged to better men!" That is the danger where one has to depend on mere memory. One may not recall as much, but he may put things in a better light than if he could refer to a record of the facts.
Once in Montrose when I was a boy, a pile of lumber fell on judge Isaac Post and knocked him unconscious. On recovering consciousness he said that when the beams struck him he recalled in an instant every event of his whole long life, and every word he had ever spoken. Thus the contact of this pile of literary lumber has caused me to relive my life in a very short time. And what a startling revelation it has been! and how many shortcomings it has revealed! How easy to see now how I might have done better, preached better, taught better, and lived nearer to my Lord and Saviour! "Not one good thing hath failed of all the good things which Jehovah our God spake concerning us" (Josh. 23: 14). "Remember all the way which Jehovah thy God hath led thee these forty years in the wilderness, that He might humble thee to prove thee" (Deut. 8: 2).
He has been faithful to His promise, "with you always" and He has been with me in sunshine and shadow, in joy or sorrow, on land and sea, amid perils from robbers, perils temporal, and perils spiritual. I take no credit to myself for anything God has helped me to do or rather has done through me. How often I have felt humiliated by the fulsome laudation expressed of foreign missionaries by friends in the home land, and I have longed for the time when all Christian workers at home and abroad shall stand on a level as disciples of a common Master and equally engaged in His service. A soldier sent to the Philippines deserves no more credit than one on guard in the fort on Governor's Island. I have tried to stick to my life-work. Tempted at various times to leave it and go home, or enter other fields of labour, I have tried to resist the tempter and to hold on. And God has helped me to hold on by giving me robust health, a happy home, and work enough to keep me from idleness.
It has well-nigh broken my heart at times to see young men entering on what seemed a life-work, obliged by failing health to drop their work, recross the sea to linger and die, "without the sight." And I have always urged new recruits in the Lord's foreign army to pray that they may have long life in His service.
In writing the early history of the work in Syria I have had the goodly companionship of noble men, who stand out before my mind as men of consecration, earnestness, and unusual ability. I have tried to do them justice. Yet "time would fall me" to give details of all their lives. In some cases such details cannot now be obtained.
I cannot close this preface without acknowledging my indebtedness to my eldest daughter Anna. Her sympathy and encouragement lightened the labour. Her discriminating intelligent judgment in selection of salient points of interest to be emphasized - her industry in sifting the enormous mass of "raw material," diaries, letters, manuscripts, addresses and prior published articles-her persuasions and her dissuasions - were alike an invaluable aid. [Acknowledgment is made for photographs and plates to:
Rev. Dr. James S. Dennis; The Presbyterian Board of Foreign Missions; The Trustees of the Syrian Protestant College; The British Syrian Mission Committee in London; William T. Van Dyck, M. D.; Bonfils & Co., Beirut; Messrs. Reiser & Binder, Cairo, Egypt; Dr. Ira Harris and Rev. Dr. Nelson, of Tripoli; Rev. G. C. Doolittle, Sidon; Mr. E. Barudi; Miss Anna H. Jessup; Dr. F. T. Moore; Mr. Lucius Miller; The Lebanon Hospital for the Insane; and largely to Messrs. Sarrafian, of Beirut.] 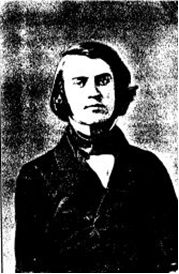