THE FIELD IN 1856 - ITS CONDITION AND PROBLEMS

ON the 7th of February, 1856 when we landed in Beirut, the almond trees were in bloom; their snow-white domes in full blossom were fragrant and full of promise of abundant fruit:

"The silvery almond flower
That blooms on a leafless bough,"

was a token for good. Flowers promise fruit. And now, February, 1909, fifty-three years have passed. The almond snowwhite blossoms have now drifted from the trees to the heads of the two youthful missionaries who landed in 1856. We area pair of hoary heads. We see those flowers all around us and over us. They give promise of fruit-of something better beyond. The inspiration is renewed, God grant that "we may bring forth fruit in old age " (PS. 92: 14).
February 7, 1856-Malta, Smyrna, Cicilia, Seleucia, Beirut! Names associated with the voyages and labours of Paul the Apostle, and not less connected with the modern missionary work in the Levant. The first missionaries made Malta their first base of operations, then advanced to Smyrna, and then down the coast to Beirut. We have followed their track and have now begun to enter into their labours.

Here I am in Western Asia, land of the patriarchs, prophets and apostles. Yonder to the south are,

"Those fields Over whose acres walked those blessed feet
Which eighteen centuries ago were nailed
For our advantage, on the bitter cross." 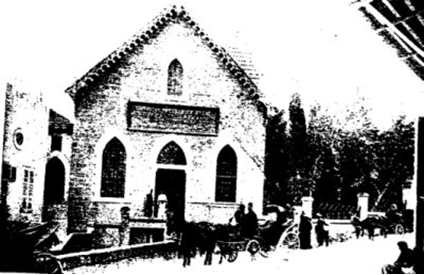 "Virtuous women are obedient. But chide those for whose refractoriness Ye have cause to fear, and scourge them."

And this injunction of their Koran they are not slow to obey. They have degraded woman and then scourge her for being degraded. They have kept her in ignorance and then beat her for being ignorant. They have taught her all vileness and then beat her for being vile. The Oriental Christians, having been crushed under the Mohammedan domination for twelve centuries, had lost all hope of rising, and all ambition to better their condition. Numerically inferior, they could not rebel, and no hand from Christian lands was extended to protect or encourage them. The Christian sects were not allowed to ring bells, and in Damascus no Christian could ride on horseback or wear any colour but black. The other sects of the land were no better off , "A deep sleep from the Lord was fallen upon them." Fisk had lived two years in Syria. He pitched his tent in front of this Gibraltar of false religion, ignorance and superstition, full of faith that one day it would yield: but he died having seen but one convert, Asaad es Shidiak, the martyr of Lebanon, who followed him, in 1829, through the gates of torture and starvation, into the New Jerusalem. Fisk was buried some two hundred yards outside the city wall, beyond the Bab Yakob, in a plot of ground bought by his colleague, Rev. Isaac Bird. It was hardly thought safe at that time to live so far outside the walls. Isaac Bird, William Goodell and Dr. Jonas King took up the work. It seemed a forlorn hope, an impossible task. For that reason God sent men of faith to begin it. What were they to do? Where to begin? What plan of campaign must they adopt? Dr. Worcester, Secretary of the American Board, in his farewell instructions to Parsons and Fisk in November, 1819 said: "From the heights of the Holy Land and from Zion, you will take an extended view of the wide-spread desolations and variegated scenes presenting themselves on every side to Christian sensibility: and will survey with earnest attention the various tribes and classes who dwell in that land, and in the surrounding countries. The two grand inquiries ever present to your minds will be, "What good can be done?" and "By what means?" "What can be done for Jews ?" "What for Mohammedans ?" "What for Christians?" "What for the people of Palestine?" "What for those in Egypt, in Syria, in Persia, in Armenia, in other countries to which your inquiries may be extended? " These instructions implied a work of exploration, investigation, analysis and preparation. These being done, what then? How could they give the Bible to a people unable to read? How open schools with neither school-books nor teachers? How preach without a mastery of the Arabic language? How could they expect to commend Christianity to Moslems who regarded Christianity as a picture- worshipping, saint-worshipping and idolatrous system full of Mariolatry and immorality, little better than themselves? The government was hostile. Moslem sheikhs were hostile. Christian ecclesiastics, especially the Maronites and Latins, were even more hostile against the "Bible men," and cursed and excommunicated them root and branch. But young American disciples of Christ, who knew, by experience, the length and breadth and height and depth of His love, were not to be deterred by any obstacles. None of these things moved them. Those were the days of darkness, but there was " light in the dwellings" and in the hearts of those young men and women, and those who came after them. The mustard seed which they brought with them, had in itself the germ of life and growth and expansive power. They came to lay again the old foundations, or to clear away the debris and rubbish of ages which had covered out of sight and out of mind the Rock, Christ Jesus. How well they and their successors did their work will appear in the pages of this volume.